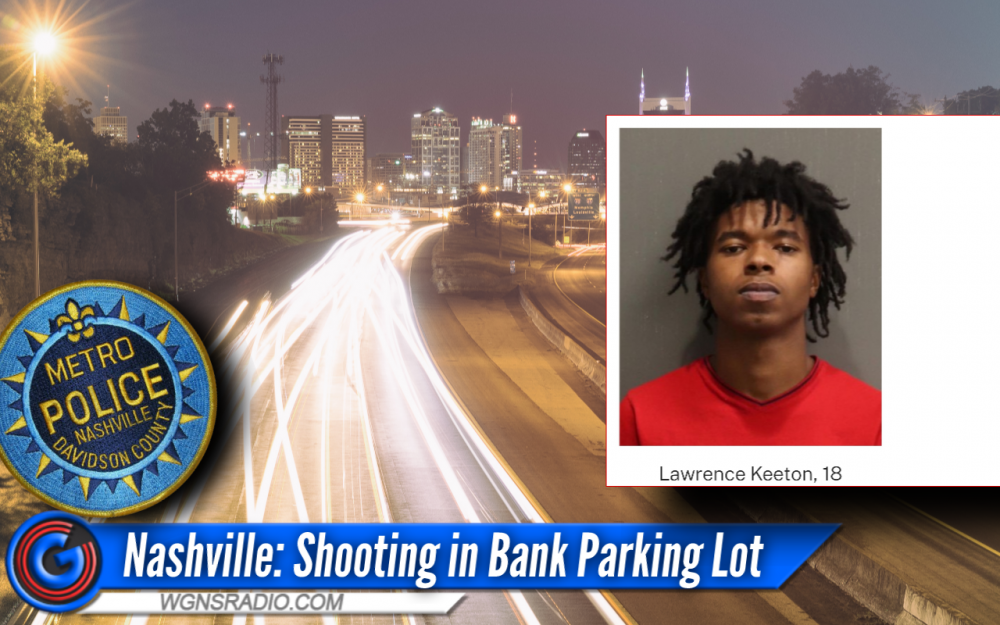 NASHVILLE, TENN. - In nearby Music City, a 16-year-old was robbed and shot in the stomach after withdrawing money out of an ATM machine.  The Metro Police TITANS (The Investigative Team Addressing Neighborhood Shootings) detectives during the night arrested two teens and charged them with attempted criminal homicide for Thursday afternoon’s critical shooting of a 16-year-old in the parking lot of First Bank at 1817 West End Avenue.

Being held without bond is Lawrence Keeton, 18. The 17-year-old is in custody at juvenile detention.

The investigation shows that the victim, Keeton, and the 17-year-old were among five persons who arrived in the parking lot inside a 2013 black Toyota Camry. The victim got out and withdrew several hundred dollars from the ATM. He walked back to the Camry and while outside of the car was shot in the stomach. As the Camry attempted to flee, the victim fired on it with his gun. The car collided with the side of the bank, causing the front bumper to fall off, before it left the parking lot.

TITANS detectives located the Camry parked at a residence in the 3400 block of Tisdall Drive. The 17-year-old, who matched the description of one of the suspects, was arrested there. Follow up investigation led to the arrest of Keeton at his home on Meadow Court. A search warrant executed at the residence resulted in the seizure of two pistols, two rifles, firearm accessories, ammunition, and small amounts of marijuana, suspected heroin and suspected fentanyl.

During an interview, Keeton admitted to shooting the 16-year-old. Keeton’s claim of acting in self-defense is not supported by video surveillance footage and statements from witnesses. Robbery is believed to have been the motive for the shooting.

2.) Rutherford County Hotel Stays are UP

5.) How would Rutherford County Sheriff SRO's React to a School Shooting Similar to What Occurred in Uvalde, Texas?