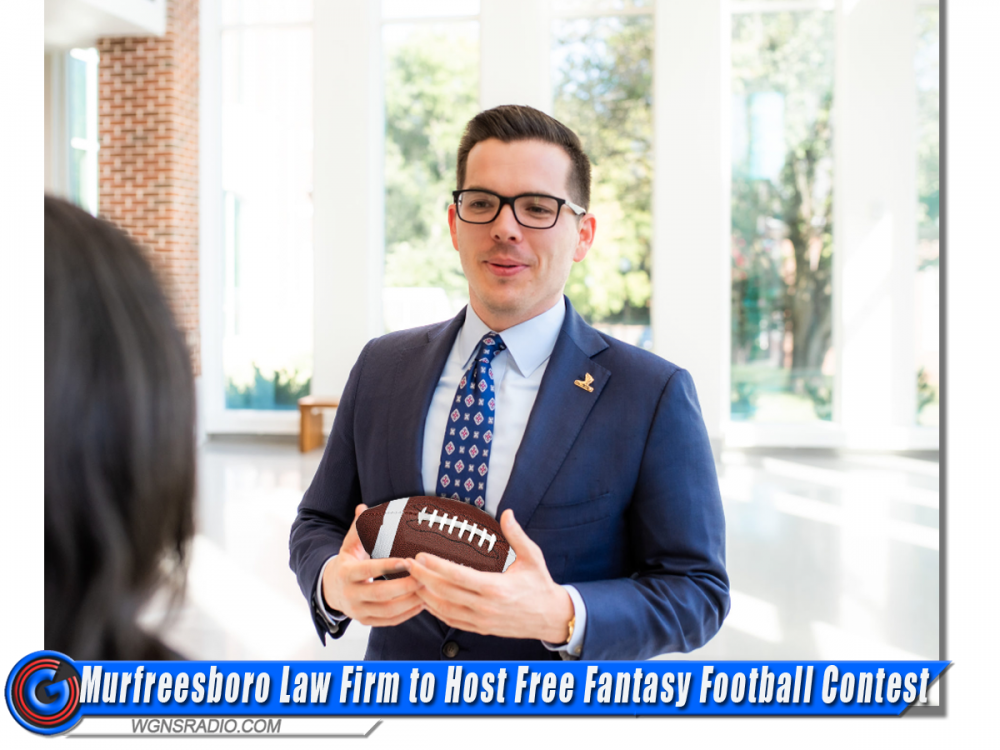 Unlike traditional fantasy football leagues, this contest does not require significant time requirement, weekly roster moves, or weekly adds and drops. Instead, entrants select their team to start the year and are allowed two changes that can be used at any point throughout the year.

“We all have friends who like to watch football, but who may not want to check a roster every day or change players every week,” said Murfreesboro Lawyer Scott Kimberly, who first organized the Football Contest in 2015. “This format allows even casual fans to pick a team, cheer for your players, and follow along with updated standings that are sent directly to your inbox each week.”

To learn more about the 2022 Friends & Family Fantasy Football Contest, you may Click Here to visit the Contest Home Page, which includes a link to the PDF Entry Form. You may also Click Here to view the Entry Form and submit your team online.

If you prefer to scan a QR code using your mobile device, please see the provided QR Code. For more information, you may contact Denise Kimberly, with The Law Office of W. Scott Kimberly, at denise@murfreesborolawyer.com.