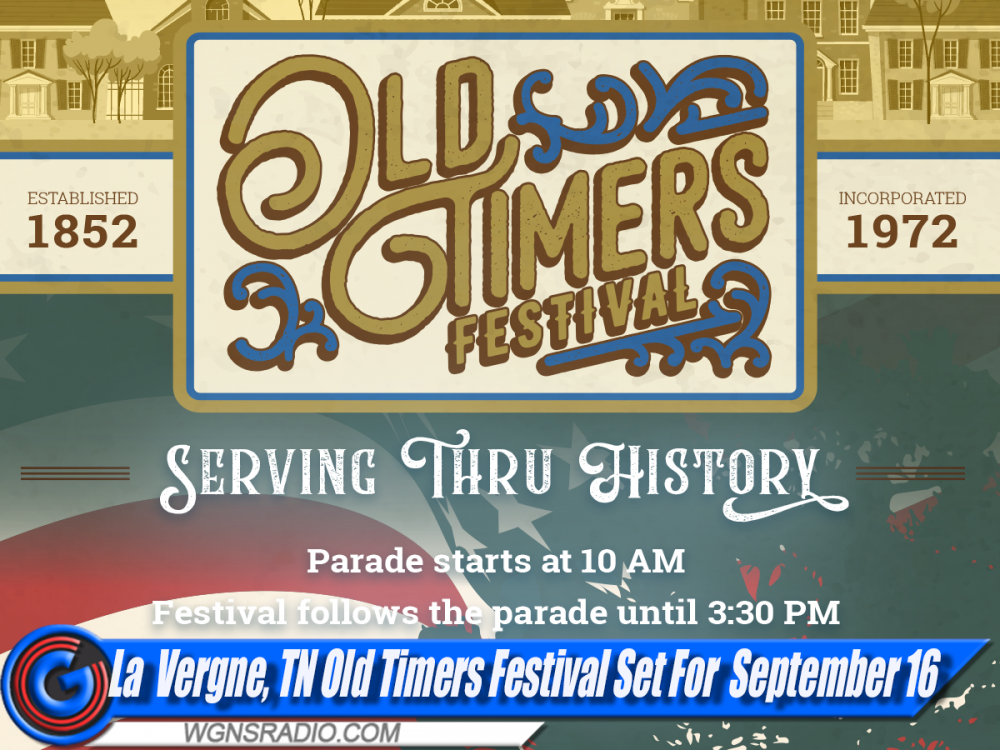 (La Vergne, Tenn.) There’s less than a month until the annual La Vergne Old Timers Festival in La Vergne, scheduled this year for September 17 at Veterans Memorial Park, 115 Floyd Mayfield Drive. With vendors, kid’s activities, games, food and live music, and entertainment, there’s plenty to do for everyone. This year’s theme is Serving Thru History, and the grand marshal is Rick Autery.

Things get started on Friday, September 16 at the football field at 7:00 p.m. for the kick-off concert featuring World Turning Band – A Fleetwood Mac Experience.

The parade officially kicks things off on Saturday at 10:00 a.m. Parade participants leave Bicentennial Park, 5093 Murfreesboro Road, and travel east in the westbound lanes on Murfreesboro Road, turning onto Floyd Mayfield Drive before ending at Veterans Memorial Park. Opening remarks will be made around 11:15 a.m. from the Board of Mayor and Aldermen, followed by the National Anthem.

There will be a petting zoo, kid’s zone, food court, and people demonstrating trades like blacksmithing, looming, and glass blowing. There will also be axe throwing, a trackless train, and laser tag at various locations around the park. Dozens of arts and crafts vendors have signed up for this year’s festival, along with other civic vendors and business vendors. Food vendors will also be set up near the football field.

There will be a main music stage on the football field. The Rode West Band is scheduled to perform at 11:30 a.m. followed by the Missy Garnett Band at 2:00 p.m. The secondary stage will be at pavilion A near the playground and will have animal education shows at noon and 2:00 p.m. as well as puppet shows at 1:00 p.m. and 3:00 p.m.

The festival wraps up around 3:30 p.m. The closing concert is Saturday night at 7:00 p.m. featuring The Eaglemanics.

There’s still time to sign-up to be a vendor or sponsor for the event. Anyone interested should contact the La Vergne Parks and Recreation Department at 615-793-3224 or email oldtimers@lavergnetn.gov. Applications are also available online at www.lavergnetn.gov/231/Old-Timers-Festival.

2.) The Price of RENT is High and Getting Higher Throughout Middle Tennessee

5.) You May Have Unclaimed Money Waiting for you in Tennessee