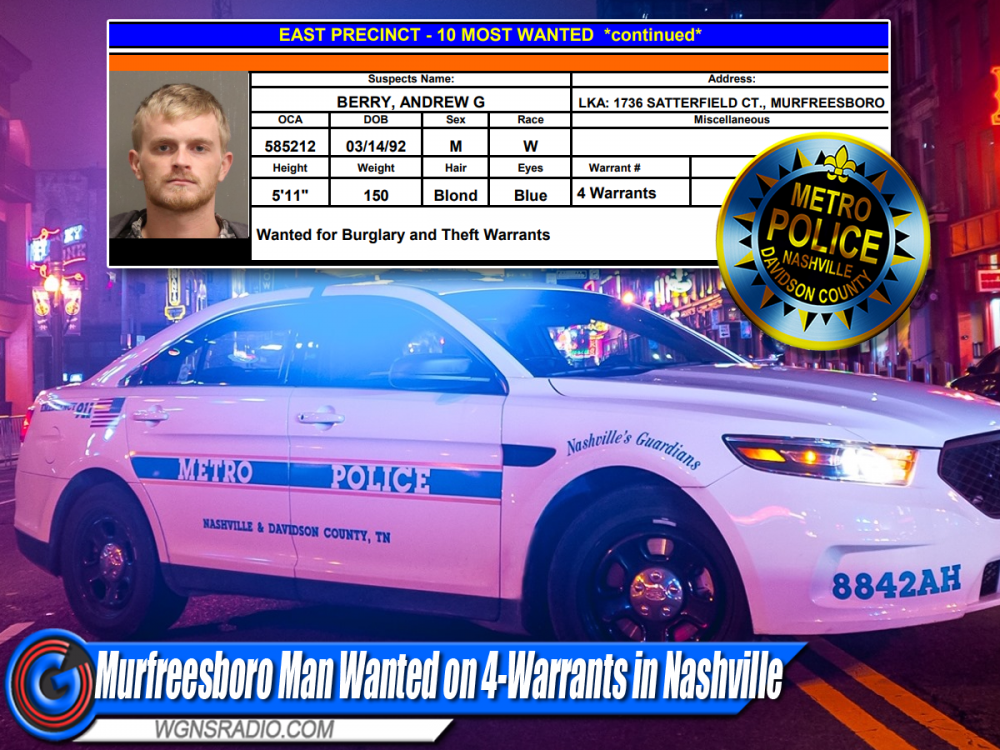 A Murfreesboro man has been added to the Metro East Precinct Most Wanted list. Andrew G. Berry, who last lived in the area of St. Andrews Drive near Scales Elementary School, is wanted for burglary and theft. The 30-year-old man was evidently added to the most wanted list earlier this year in July.

Berry, who was last on probation under the Murfreesboro Probation & Parole Office on Old Fort Parkway, was previously convicted on an Aggravated Burglary charge he received in Nashville in 2018. His original conviction took place on September 6, 2019 and included a 4-year sentence. That sentence is scheduled to end on September 6, 2023.

SOURCE: Metro Nashville Police Department
DISCLAIMER: All suspects are presumed innocent until proven guilty in a court of law. The arrest records or information about an arrest that are published or reported on NewsRadio WGNS and www.WGNSradio.com are not an indication of guilt or evidence that an actual crime has been committed.