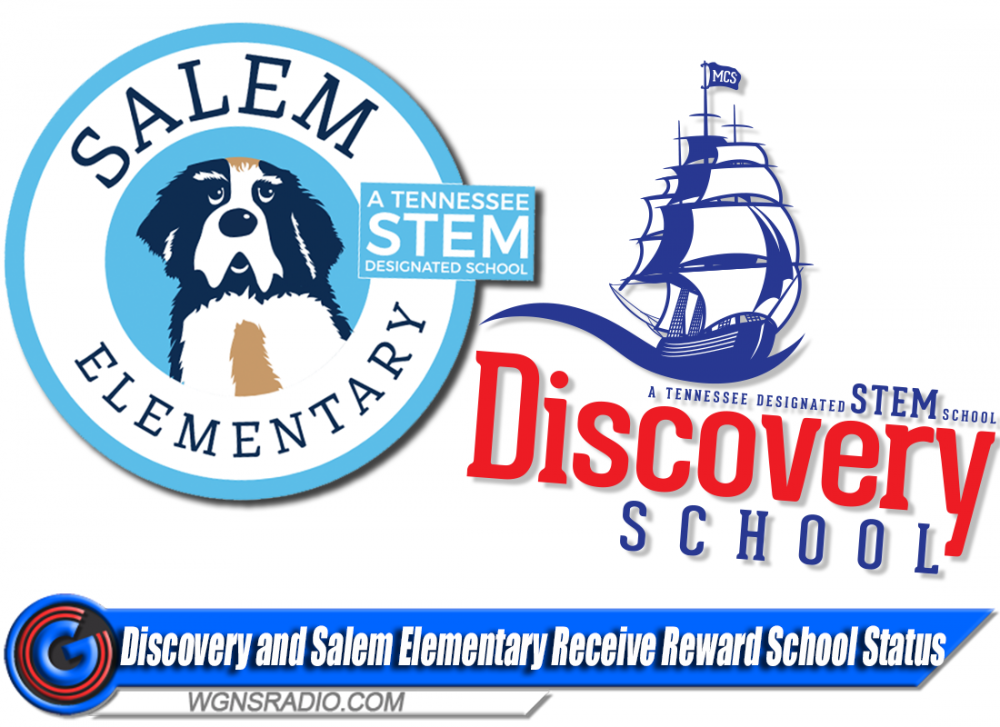 (MURFREESBORO, TENN.) Discovery School and Salem Elementary received the designation of Tennessee Reward Schools with Bradley Academy and Black Fox Elementary missing the designation by mere fractions of a point. Reward status is the top distinction a school can earn in Tennessee. All four schools are under the Murfreesboro City School system.

The annual Reward School designation identifies schools that are improving overall student academic achievement and student growth for all students and for student groups. This is the sixth consecutive year that the state has awarded the Reward School distinction to Discovery School and the first year for Salem. Approximately 20% of the schools in the state have earned reward status historically.

“These designations are in direct response to the concentrated focus on student learning by our teachers and administrators,” says Dr. Trey Duke, director of Murfreesboro City Schools (MCS). “Our clear focus on reading and literacy proved to be a highlight in scores across the district. I am extremely proud to see these scores considering the tremendous disruptions our teachers and students faced last school year due to absenteeism caused by illnesses.”

Additionally, Murfreesboro City Schools have been named an Advancing District by the State of Tennessee. MCS showed a 5.84% increase in English Language Arts (ELA) and the highest rates in ELA proficiency since the standards were changed in 2017. Furthermore, students at MCS outperformed the state average by nearly 13 percentage points and included an approximate 3% increase in proficiency.

The educators within the city schools are evaluating the needs of the individual student and using their talents to support children. However, there is more work to do. MCS is asking parents to make daily attendance for students a priority. When students are not in school, they are missing the opportunity to learn. For additional information, visit our website www.cityschools.net.