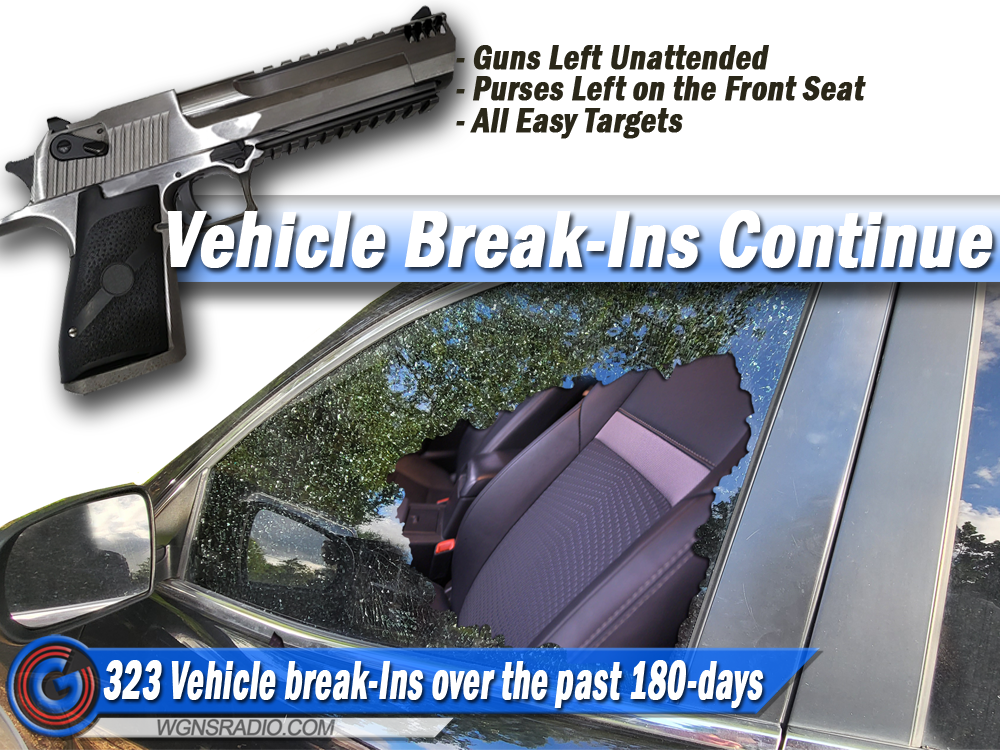 MURFREESBORO, TENN. – Car break-ins and thefts continue to plague Rutherford County residents, with a total of 62-reports being filed over the past 4-weeks in Murfreesboro alone. If you break that number down, there were 20-reports of cars being stolen and about 42-car break-ins between August 16th and September 12th.

The Murfreesboro Police Department previously confirmed with WGNS that in about 9 out of 10 car break-ins, the victim had either left their vehicle unlocked, left their keys unattended or left valuables in plain sight. MPD Public Information Officer Larry Flowers told WGNS in a past interview...

Going further back, over the past 180-days there have been a total of 173-stolen vehicle reports filed in Murfreesboro, according to the crime mapping program utilized by the city. Over that same time period of time, there were 323-vehicle break-ins reported in Murfreesboro.

Murfreesboro is not the only area being impacted by unlocked doors, or perhaps thieves – depending on how you look at it. In nearby Nashville over a period of one single week, 39 of 58-vehicles that were stolen were easy targets because 67% of the vehicle owners either left their keys in their car, left their vehicle running or left their keys unattended.

One of the keys to solving these issues involves the simple measure of locking your doors and not leaving an unattended car running.