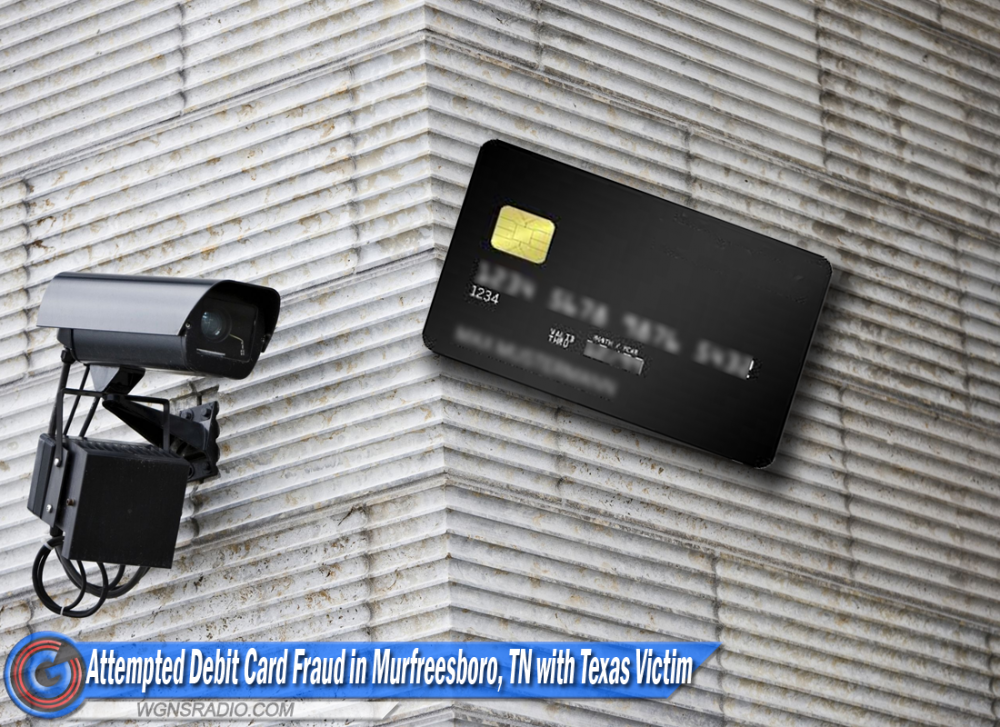 A woman who lives in El Paso, Texas called the Murfreesboro Police Department after she was notified by Chase Bank about fraudulent activity on her account that reportedly took place in Rutherford County. The woman told the MPD that Chase Bank advised her they had video footage of an unidentified subject walking into their Memorial Boulevard branch to make a cash withdrawal.

According to the victim, the representative with Chase told her the unknown person gave the teller a Texas drivers license with her name and address on it. Then, they showed the teller a Chase Bank debit card, also matching the victim’s name. Next, the culprit attempted to withdraw cash from the victims’ bank account. The financial institution determined the ID and debit card were fake and denied the transaction. According to the Murfreesboro Police Report, the subject was unable to walk away with any money.

The woman in El Paso, Texas also filed a report with the El Paso Police Department. To date, authorities have not been able to determine who visited the Memorial Boulevard bank location in Murfreesboro and have yet to name a suspect. No arrests have been made and the victim is unsure as to how someone in Tennessee obtained her financial information?

Always beware of fraud and make sure you protect your bank account by reviewing your monthly statements.  It’s also important to be cautious of unknown scam artist photographing your ID or taking a picture of your debit and credit cards.