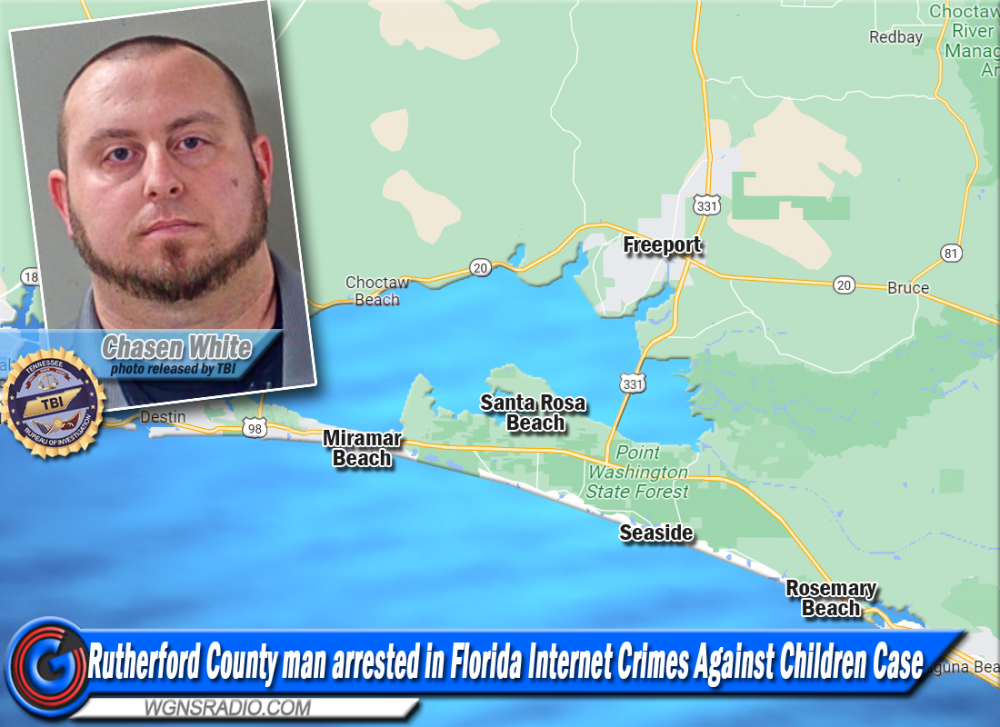 RUTHERFORD COUNTY – A popular beach destination by thousands of Rutherford County residents was the site of an alleged crime against children - - a crime that allegedly involved a Rutherford County man, according to the Tennessee Bureau of Investigation. Special Agents assigned to TBI’s Cybercrime and Digital Evidence Unit have charged the 31-year-old La Vergne, TN man in connection to an ongoing Internet Crimes Against Children (ICAC) investigation in Florida.

In July, TBI received information from the Walton County, Florida Sheriff’s Department, in relation to an online solicitation operation, dubbed “Operation Wolves Blanket,” involving Chasen White (DOB 2-7-91). Authorities determined White engaged in an inappropriate chat with who he believed to be a minor during the sheriff’s department undercover operation. TBI agents assisted in the subsequent investigation and gathered evidence contributing to a criminal charge in Florida.

On Tuesday, authorities arrested White and booked him into the Rutherford County Jail, where, at the time of this release, he was awaiting extradition to Florida to face a charge of Soliciting a Child for Unlawful Sexual Conduct.