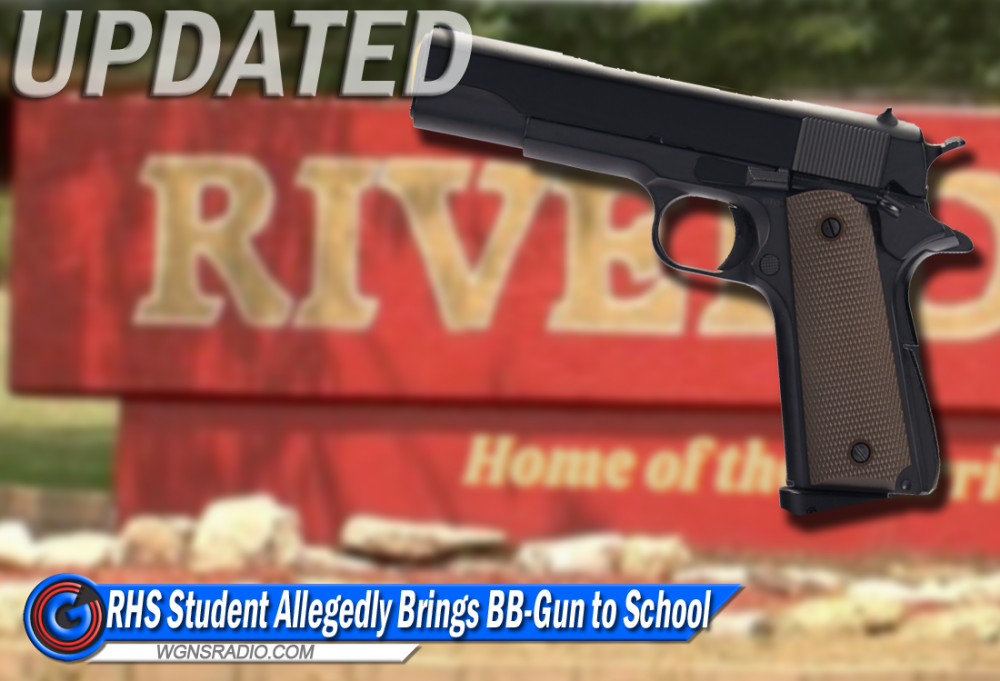 UPDATE: RUTHERFORD COUNTY, TENN. - WGNS has more details on a Riverdale High School student who was believed to be in possession of a BB-gun at school on Monday. Rutherford County SRO Capt. Brad Harrison said the gun was discovered shortly after a Riverdale student reported another student displayed the BB pellet gun as a firearm. The student told a teacher who notified the SRO and school officials.

The student with the unloaded BB / pellet gun did not offer any explanation as to why he took the pellet gun to school. The Sheriff’s Office confirmed on Tuesday afternoon that the student was charged with possession of a weapon on school property.

According to Rutherford County Schools Communications Director James Evans, “The student was disciplined accordingly and the school sent a message to parents to keep them informed and address any rumors.” Evans confirmed the student was a male, but could not elaborate on his name, the grade he was in or his age.

SRO Captain Harrison stated, “We appreciate the student who did report it so the SROs could check into the complaint.” Harrison went on to say, “Reporting information like this is to ensure everyone is doing their part to for the safety of the students and school.”

Last year, a similar incident unfolded at another county school. In that case, a 6th grader who attended Christiana Middle School was reportedly caught with an airsoft gun. After the airsoft gun was located in the student’s backpack, a call went-out to parents of children at Christiana. School administrators confirmed in 2021 the student was arrested by Sheriff’s Deputies and was ultimately expelled under the district’s Zero Tolerance policy.

Again, this most recent incident that allegedly involved a BB / pellet gun at Riverdale High School on Monday, ended with the arrest of the suspected student and a phone call to parents.