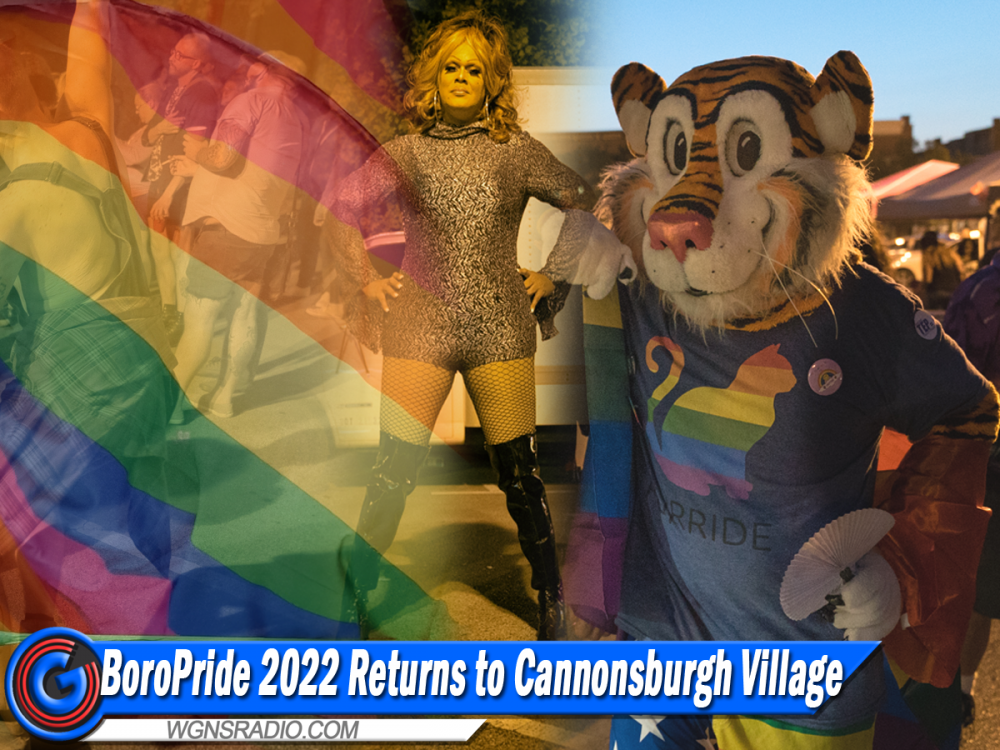 BoroPride at Cannonsburgh Village on Sept. 17, 2022

BoroPride will return to Cannonsburgh Village again this year, scheduled for Saturday, September 17, 2022. The organization says the affair is a festival of equality and acceptance to Murfreesboro.  The event features performers, activities, and information booths for the whole family.

Some of the key items of interest that are planned for the annual event include food trucks, a kidzone, two stages will be set-up for “LIVE” entertainment and they are planning to have a beer garden for attendees.

The location of BoroPride is a site of local history. Historic Cannonsburgh Village represents approximately 100 years of early Tennessee life from the 1830s to the 1930s. Cannonsburgh was also the original name for Murfreesboro. Within the village is a gristmill, school house, a museum, an old train caboose, a Wedding Chapel, a doctor's office, a working blacksmith's shop, and more.

BoroPride is a program of the Tennessee Equality Project Foundation. The Tennessee Equality Project advocates for the equal rights of LGBTQ people in Tennessee. The TEP Foundation provides a variety of educational and organizing programming. They also provide workshops called Advocacy 101 across the state so that more people can engage their elected officials.  Politically speaking, the group monitors and analyzes state legislation related to the LGBTQ community.  In the business community, their Tennessee Open For Business program recognizes companies that do not discriminate against their employees or customers on the basis of sexual orientation or gender identity.

BoroPride 2022 will be held between 3PM and 10PM on Saturday, September 17th at Cannonsburgh Village in Murfreesboro at 312 South Front Street.

1.) Murfreesboro happens to be the 18th Best Place to Own a Pool

2.)  One killed in Bradyville Pike accident in Rutherford County on Saturday