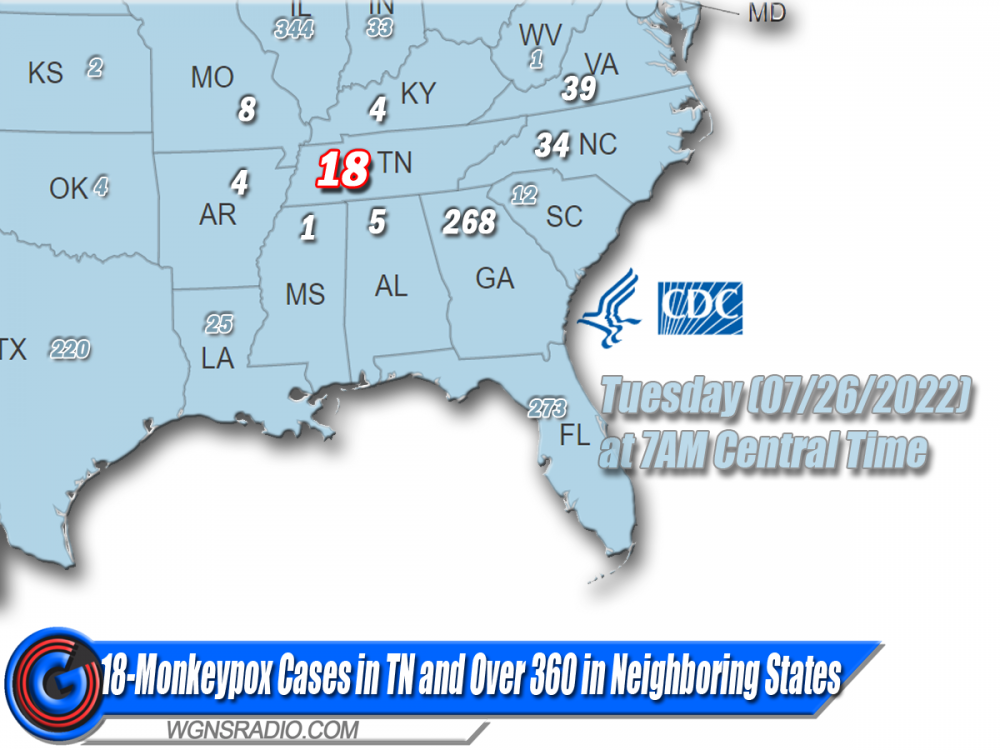 On Tuesday (07/26/2022), the CDC confirmed 3,487 cases of monkeypox across the United States and the White House is weighing-in on whether or not they should declare a public health emergency.

In the Volunteer State, there have been 18-confirmed cases of monkeypox, as of Tuesday morning (07/26/2022). Reports indicate the first case of Monkeypox was reported in the Memphis area. The Metro Nashville Health Department reports at least 6-cases in the Music City.

There are over 360 confirmed cases in the states that neighbor Tennessee. The CDC reports Georgia has confirmed 268 monkeypox cases. North Carolina confirmed 34-cases, Alabama has 5, Mississippi with only 1, and both Kentucky and Arkansas have only seen 4-cases each. Virgina and Missouri, which touch Tennessee’s border on opposite sides of the state, have a combined total of 47-cases.

In Tennessee, the Monkeypox vaccine is available, but only to a limited population. There is a national stockpile of the monkeypox vaccine, but it's reserved for those who came in close contact with a person infected with monkeypox. Tennessee has a little more than 2,000 doses. Meanwhile, Washington DC is the hardest hit area per-capita, as reported by Nick Lannelli with WTOP Radio…

1.) ‘Best of the Best’ National Guardsmen Kick Off Competition at MTSU