‘Best of the Best’ National Guardsmen kick off competition at MTSU 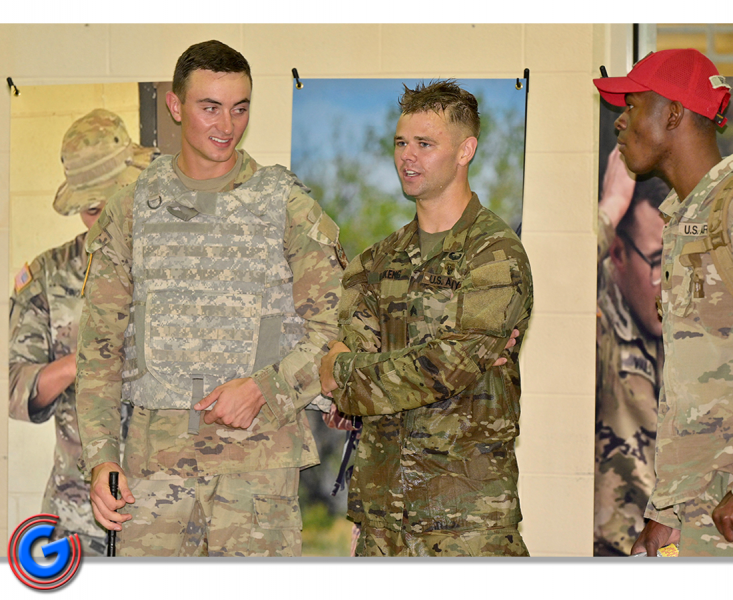 MURFREESBORO, Tenn. — MTSU student Cole Lukens of Murfreesboro knows the ropes, so to speak, having been 2021 Army National Guard Soldier of the Year after winning the All Guard National Best Warrior competition in Arizona.

U.S. Army Sgt. Zach Kleinfelder of Columbia, Tennessee, is one of two Tennesseans competing this year. He and 13 other participants kicked off the event, that started on Monday, July 25th. It is being held for the very first time in Tennessee, at the MTSU Health, Wellness and Recreation Center in Murfreesboro.

This year’s competitors performed early morning fitness exercises in the gym area before heading to the indoor pool for the survival swim.

They travel to other parts of the state — Tullahoma, Winchester, Milan, Nashville and Lynchburg — for other events including land navigation (July 27), day and night shooting (July 28), a first-time valor run and urban terrain combat training (July 28) and wrapping up with a 16-mile road march.

“The best thing about the competition … at the end of the day, you’re all a part of the National Guard. The camaraderie you build for the seven days you are here is unmatched. … You can build a network you can have for the rest of your life,” said Lukens, 23, a senior who is pursuing a business/finance degree.

A Blackman High School graduate and former Blaze wrestler and distance runner, Lukens said winning and competing “was an amazing opportunity to represent not only myself and hard work and dedication, but to represent Tennessee and the entire National Guard at the All Army competition.

“That competition isn’t only about representing your state and proving yourself, it’s also a great chance to develop and more enable your skills with some of the best National Guard soldiers in the U.S. Just be better and take those skills back to your unit. Build that tip of the sphere and lethal force that leaders want us to have.”

Kleinfelder said this year’s “competition is amazing. First of all, the individuals putting on the competition are the epitome of professionals. And all the competitors come from all over the nation. All of them are first-class, first-rate individuals and soldiers.”

Command Sgt. Maj. Dale Crockett, the state’s Command Sergeant Major, said seven regions are represented. “They’ve had multiple competitions,” he added. “They are the winners of all those competitions. … They’ve had to put in countless hours to get to the level their at. Their physical fitness levels far exceed the standard. They are the best of the best.”

Andy Allgrim, facility coordinator for the rec center, said “having the defending champion from MTSU, it means a lot that we can host it here and sounds like it might be something they may try to do for the state year after year.”

Before leaving, Command Sgt. Maj. Hank White of Murfreesboro thanked Gregory and Ray Wiley, Campus Rec assistant director, for hosting both the state competition in February and the national contest.

White’s daughter, Rebecca White, is working on her master’s degree in psychology at MTSU after earning her undergraduate degree. His son, Trey White, will be a junior plant and soil science major in the School of Agriculture after transferring from Columbia State Community College.

1.) Murfreesboro happens to be the 18th Best Place to Own a Pool

2.)  One killed in Bradyville Pike accident in Rutherford County on Saturday