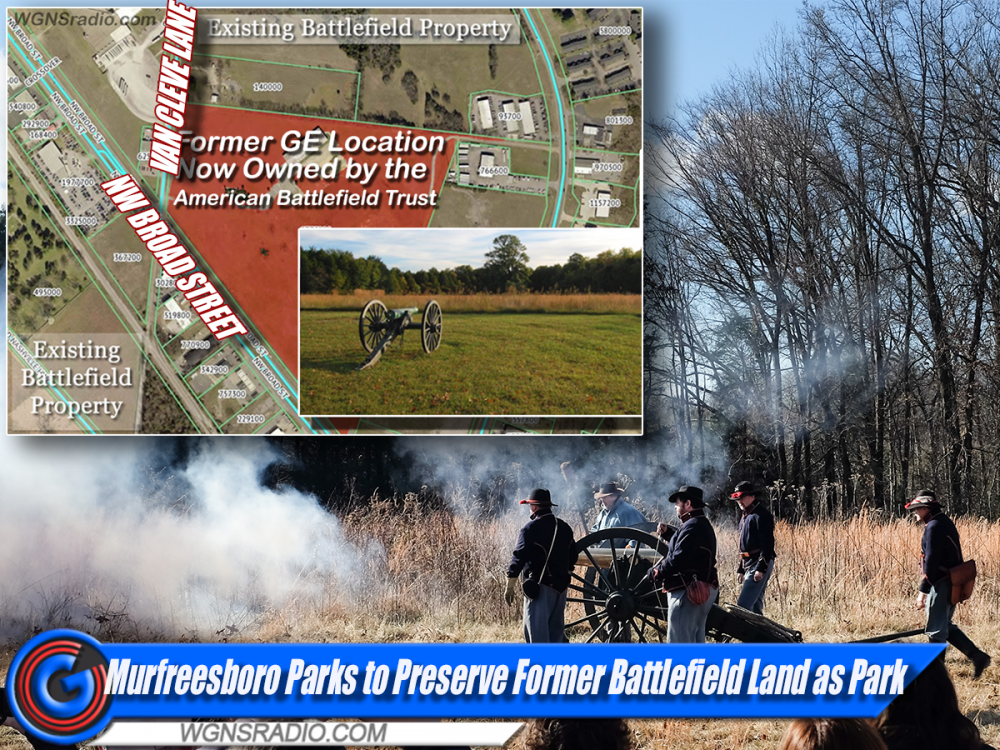 The Murfreesboro Parks and Rec. Department is moving forward with the addition of park property along NW Broad Street, after coming to an agreement to purchase 42-acres of land that was part of the Battle of Stones River during the Civil War. The property, that was once home to a General Electric manufacturing plant, is currently owned by the American Battlefield Trust. Parks Director Nate Williams said... The local parks department will work with the National Park Service to align the layout of the future city park with the nearby Stones River Battlefield property.

The property sits at 2150 NW Broad Street near International Paper and was purchased by O'Reilly Auto Parts about four years ago. The company planned to build a distribution center on the land, but before construction began, local residents voiced hope for the land to be preserved as a battlefield site. O'Reilly's listened to the community and agreed to sell the land to the American Battlefield Trust for a little over $4-million, which is close to what they paid for the 42-acres. In recent weeks, the City of Murfreesboro and the American Battlefield Trust came to an agreement for the Parks and Rec Department to acquire the land and preserve it as a park. A closing date has not yet been announced.

1.) ‘Best of the Best’ National Guardsmen Kick Off Competition at MTSU