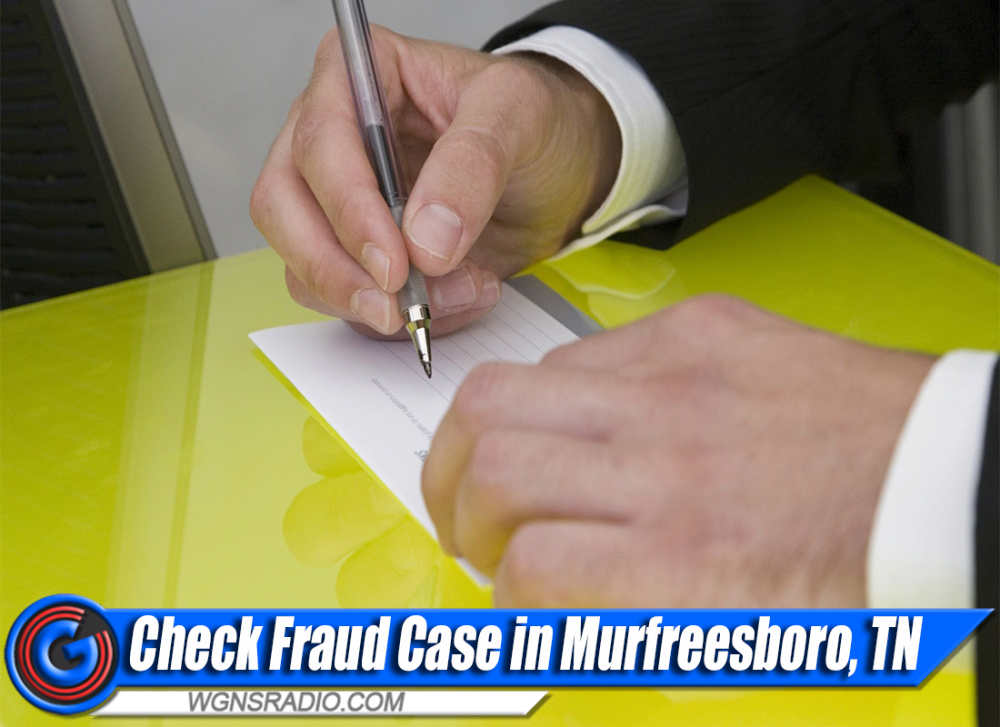 A 35-year-old Nashville man allegedly tried to cash a check that was not his. A police report shows the suspect went to an F & M Bank branch in Murfreesboro and presented the teller with a $10,000 check that was made out to him, but bank employees say the check appeared to have been tampered with, according to an MPD report. A quick phone call to the account holder in Smyrna, TN reveled the suspicion of bank workers was correct.

After the culprit got his hands on the check, he – or someone helping him, allegedly changed the name of the payee. When he tried to cash the check in Murfreesboro, the bank obtained his fingerprint and a copy of his drivers license. Needless to say, the subject left without cash-in-hand and left not only his fingerprint behind, but also his ID.

The MPD have since arrested a man by the name of Justin Miller and charged him with attempted theft in the amount of $10,000 to $60,000. He has also been charged with criminal simulation. Apparently, the check that the suspect allegedly tried to cash was in the amount of $10,967.92... landing the culprit with a felony charge.