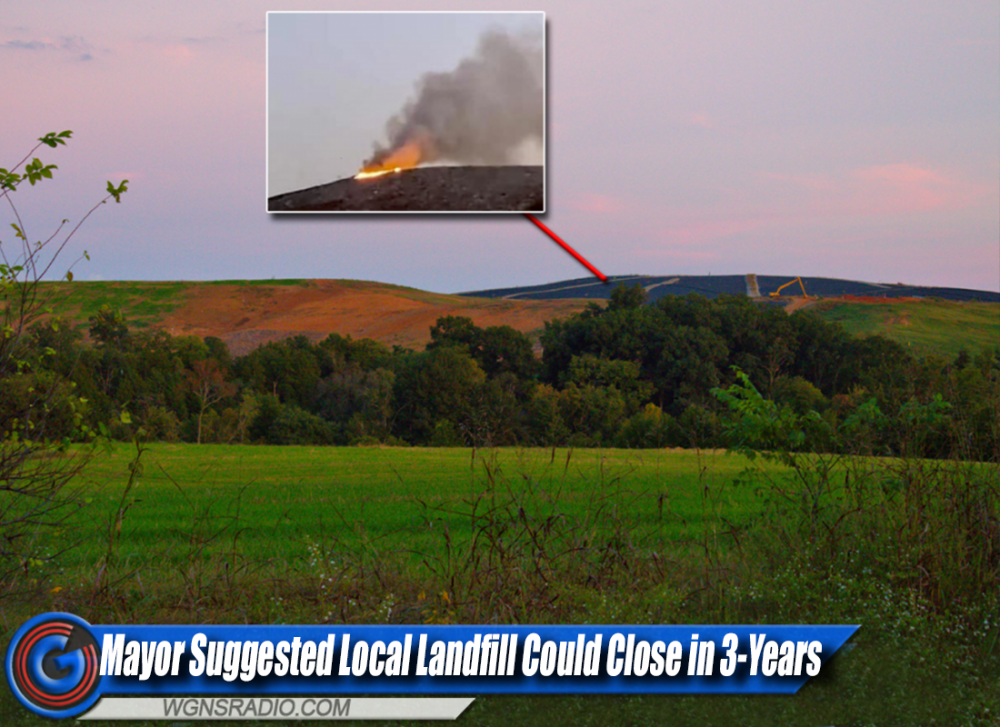 Photo from landfill fire was captured in June of this year (2022).

RUTHERFORD COUNTY, TN – The Middle Point Landfill in Walter Hill may have a shorter lifespan than expected. During a report filed less than a year ago, it was indicated to media outlets that the landfill had up to 7-years of use left, but not anymore... That was Rutherford County Mayor Joe Carr...That said, the county mayor believes the landfill could be shutting down much sooner than expected...

As for what led to the potential closing of the landfill, Carr said... He highlighted a recent fire that took place at the landfill this past summer...The mayor speculated the costs of bringing in multiple loads of dirt would outweigh the benefits of keeping the landfill open for Republic Services.

WGNS will continue to follow this developing story on the lifespan of the landfill in Rutherford County. Hear the entire interview with Joe Carr on the WGNS Podcast HERE.