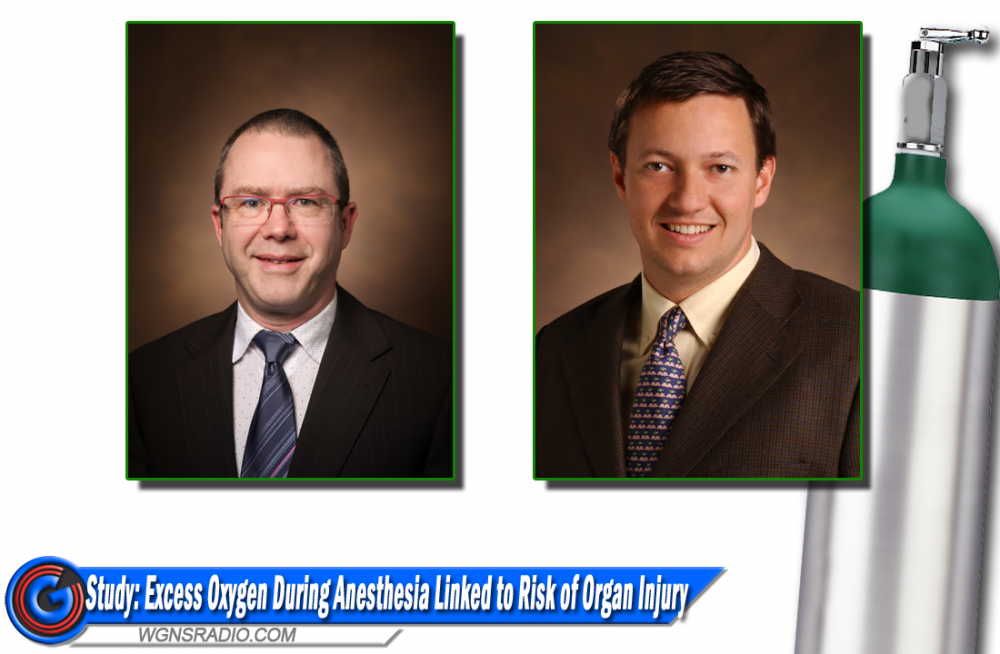 (Medical Study) Unnecessarily high concentrations of oxygen given to patients under general anesthesia may increase risk of injury to the kidneys, lungs and heart, according to a large Vanderbilt University Medical Center-led study published in The BMJ, the flagship journal of the British Medical Association.

Oxygen accounts for 21% of room air, but anesthesiologists typically administer it to patients through mechanical ventilation in concentrations between 40% and 100%, according to lead author Frederic (Josh) Billings IV, MD, MSc, associate professor of Anesthesiology and Medicine.

“Supplemental oxygen is administered to patients during surgery to limit risk and improve outcomes, but this study highlights potential harm of excess oxygen administration,” said Billings, who led the study with David McIlroy, MD, associate professor of Anesthesiology.

Study authors used data from 350,647 adult patients who underwent major surgery at 42 U.S. medical centers from January 2016 to November 2018, combining intensity and duration to quantify the total amount of excess oxygen received. Data came from medical centers participating in the Multicenter Perioperative Outcomes Group, which is based at the University of Michigan in Ann Arbor.

Background rates of these injuries across the patient group as a whole were 6.5%, 4.4% and 2.8%, respectively.

McIlroy and Billings agree that these findings highlight the urgent need for a high-quality, large trial to better guide this fundamental aspect of anesthesia.

The study was supported by the National Institutes of Health (GM112871) and the Association of University Anesthesiologists.