DRUNK DRIVERS: Booze It & Lose It Enforcement Continues This Month in Rutherford County 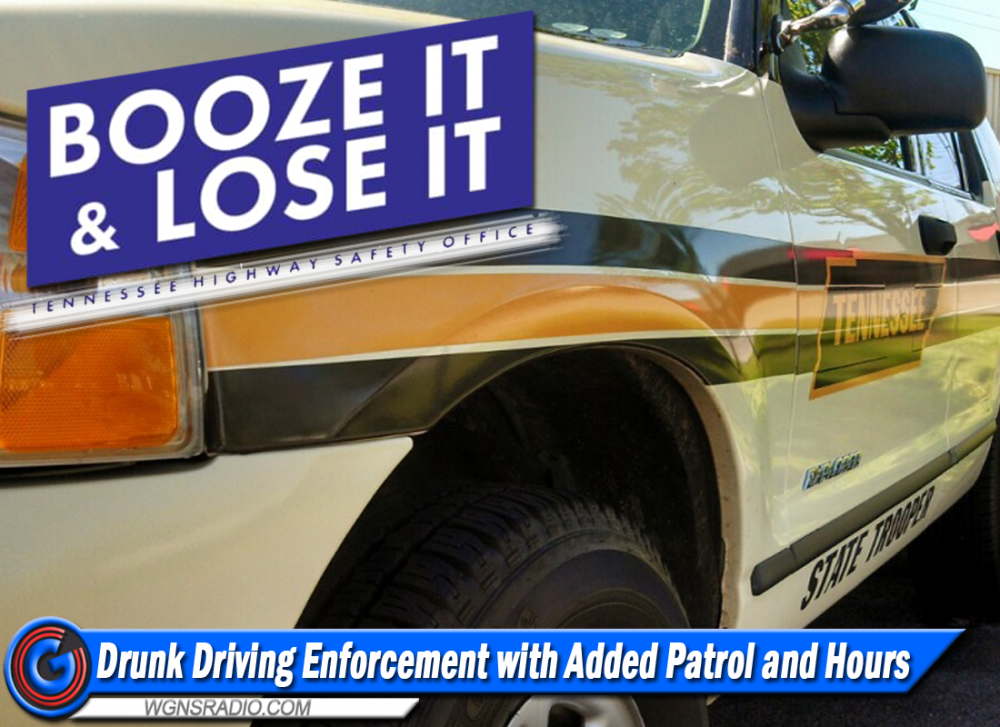 (RUTHERFORD COUNTY, TN) The long running Booze It & Lose It campaign continues throughout Tennessee and Rutherford County Sheriff’s deputies are working overtime to add extra emphasis on drunk driving enforcement. Increased patrol started around Labor Day and will continue up until September 23rd, with a special focus on those who make the decision to drive while under the influence of drugs or alcohol.

The campaign with the Tennessee Highway Safety Office focuses on educating drivers about the dangers of driving under the influence of alcohol and drugs, said Sgt. Sean Vinson. He stated, “We have to educate the public to the adverse effects of consuming an intoxicant and then operating a motor vehicle.” Vinson continued, “Long-term effects from illicit or prescription drug use and alcohol may affect their motor skills while driving.” Drivers who are under the influence of alcohol and drugs may crash, causing death and injuries to other drivers, he said.

The Sheriff’s Office receives grant funds from the Tennessee Highway Safety Office to pay for overtime during the “Booze It & Lose It” enforcement on Sept. 6th through the 23rd.