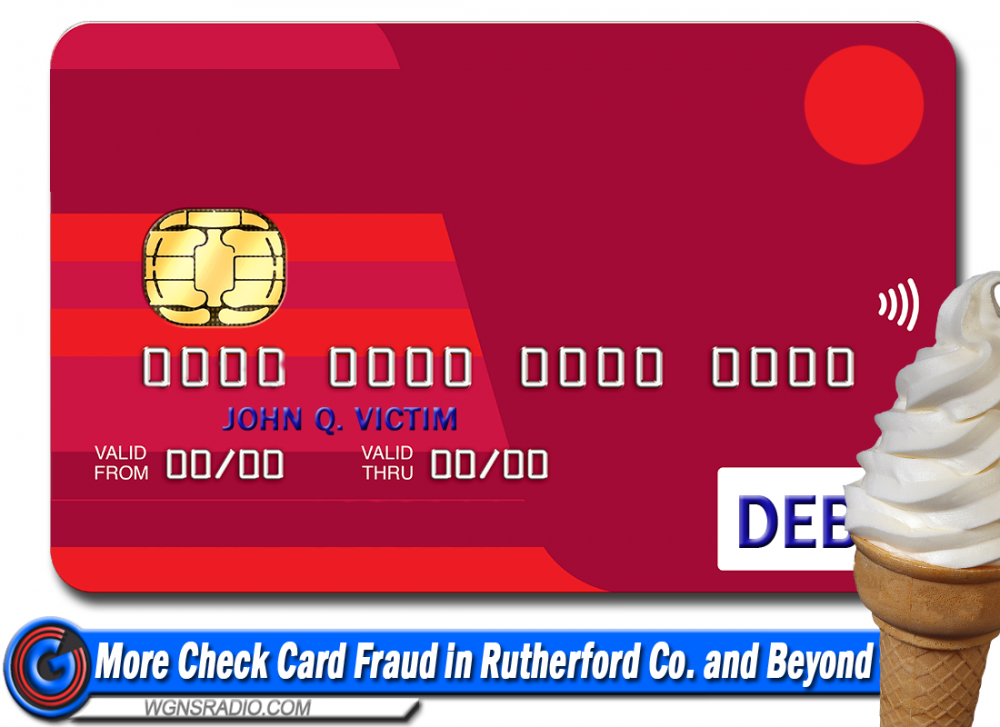 (MURFREESBORO, TN) A Fairview, TN man who last used his check card at an ice cream shop in Bellevue, Tennessee, was surprised to see that unknown persons utilized that same debit card in Murfreesboro.

According to the victim, his debit card was used in Murfreesboro at the Kroger store on Lascassas Pike. The unknown culprit evidently used the card to make purchases that added up to $28. The victim has his suspicions that the employee of the ice cream shop he visited in Bellevue, may have recorded his card details. He told Murfreesboro Police the clerk took his card, walked away from the window, returning minutes later with his card.

Another fraud call was reported under the same pretenses at the Kroger store on West Northfield Boulevard. At this point, no arrests have been made, but the case is being investigated.