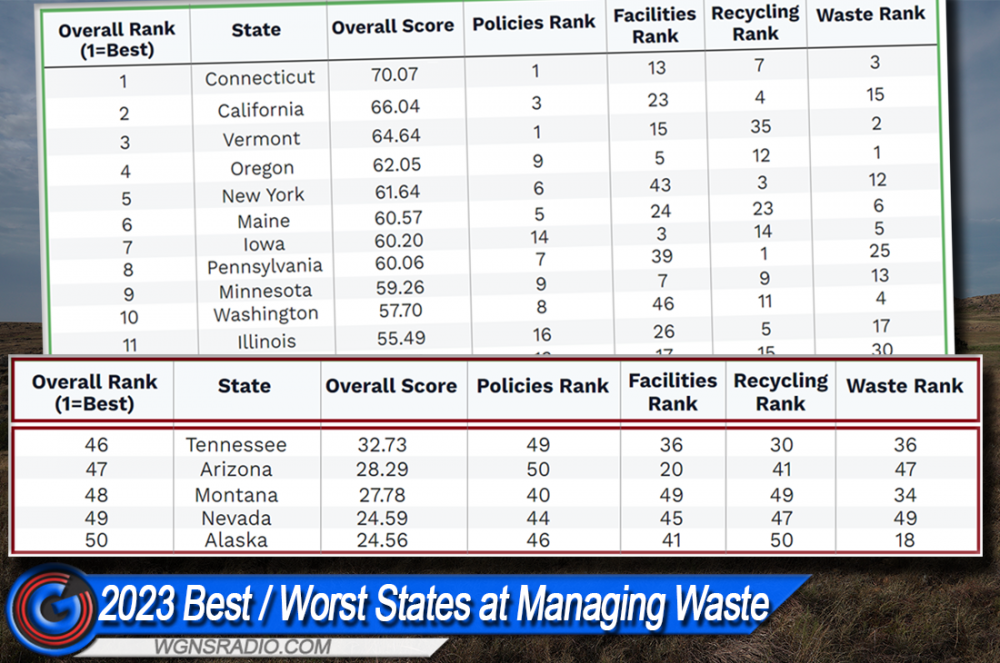 (Rutherford County, TN) As many people know, Rutherford County has been in the midst of an ongoing problem on deciding what to do about waste as the life of the landfill is reportedly nearing. At last report, County Mayor Joe Carr stated (See previous story here)...A new report shows that Rutherford County is not the only area with landfill and waste woes. In fact, an analysis by released by LawnStarter suggested that Tennessee as a whole is ranked as the 5th worst state at waste management.

Between Thanksgiving and New Year’s, Americans throw away up to 63.3 pounds of garbage per week — compared with the 34.3 pounds each person discards in a typical week. On average, the U.S. produces 3X more garbage than the rest of the world, most of which ends up in our landfills.

ADVERTISEMENT
How does Tennessee stack up?
Below is a look at Tennessee's Ranking in Some of the Key Metrics (1st = Best):

To come up with the ranking, they compared the 50 states based on their waste-reducing policies, infrastructure, waste production, and recycling rates.

Their full ranking and analysis are available here:  https://www.lawnstarter.com/blog/studies/best-worst-states-waste-management/.