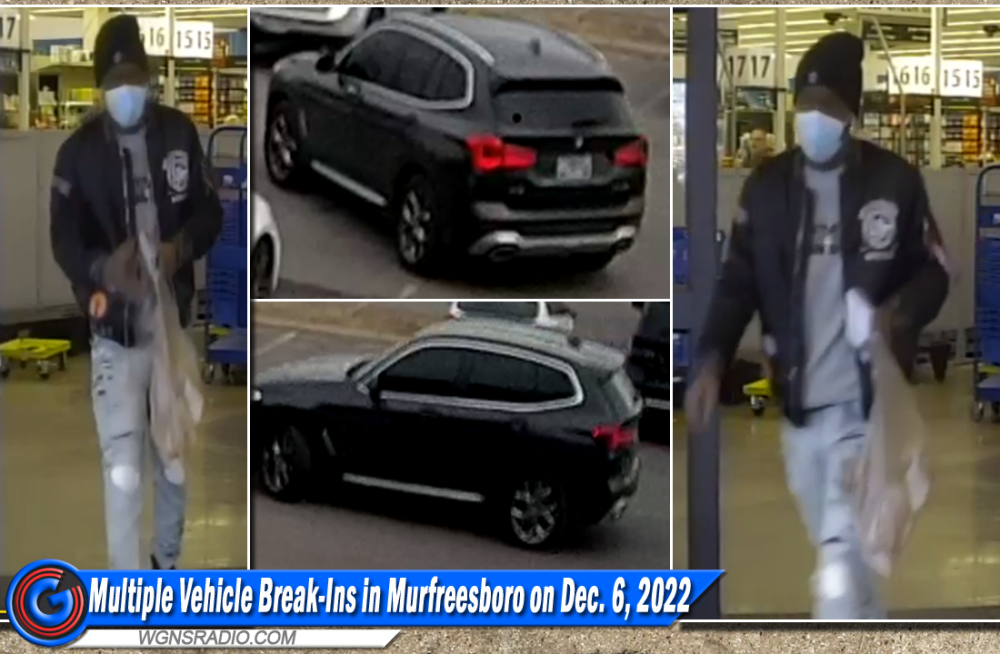 (Murfreesboro, TN) Murfreesboro Detectives are investigating a string of car burglaries that occurred at Richard Siegel Soccer Park and SportsCom on Tuesday, December 6, 2022.

In the burglaries, a black BMW SUV can be seen on security video footage stopping in the parking lot while two individuals get out and start looking into vehicles.  Those individuals are suspected to be the ones who broke the windows out of vehicles and then stole items from the parked cars. Some of the things that were stolen include debit cards, ID cards and car keys.

One person of interest was seen on camera at the Kroger Store on Memorial Boulevard attempting to charge $1,998 to a card, but the transaction was declined.  That subject, who can be seen in the above photos released by the MPD, is suspected to be involved in the reported break-ins. Police ask, if you know the identities of the individuals involved in the burglaries or have any helpful tips, please call Detective William Pullias at 629-201-5640.