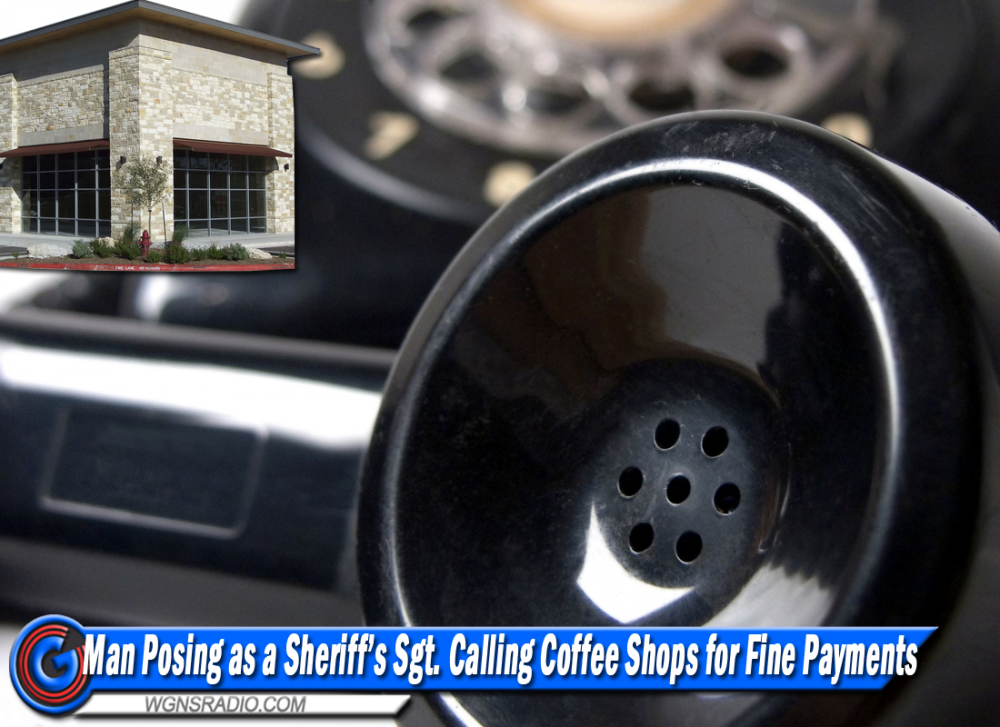 A man claiming to be a sergeant with the Rutherford County Sheriff's Office called a local Starbucks in Murfreesboro, claiming one of the workers owed $1,500 in fines. The unknown man said the victim missed multiple court dates.

According to a police report filed in Murfreesboro, the caller knew the victim's name that worked at the store he called. He also knew the woman’s date of birth. The fake sergeant who was a male, threatened the victim with jail time if she did not pay the fictitious fine. The man also warned the female if she hung up the phone during their conversation, he would have her arrested.

During the course of the call, the man told the woman she needed to pay a portion of the fine over the phone and the remainder would have to be paid in person at the Rutherford County Sheriff's Office. He asked her to pay an $800 fee through Venmo, followed by a $700 payment at the Sheriff’s Office.

One item that stood out to the victim, the sergeant impostor told her a portion of the payments would be returned to her in the future. She said that was odd because it was supposed to be a fine and fines are not typically refunded.

As the unknown male became more aggressive about needing a payment, the victim hung up. The man then called her cell phone. When the victim failed to answer the calls, the man called the coffee shop again and again. Other employees who answered the phone hung up each time he called.

The victim told police that similar situations have unfolded at other Starbucks in the area. No warrants have been obtained, due to a lack of information on the suspect. Police in Murfreesboro are continuing to follow this case of harassment and intimidation.