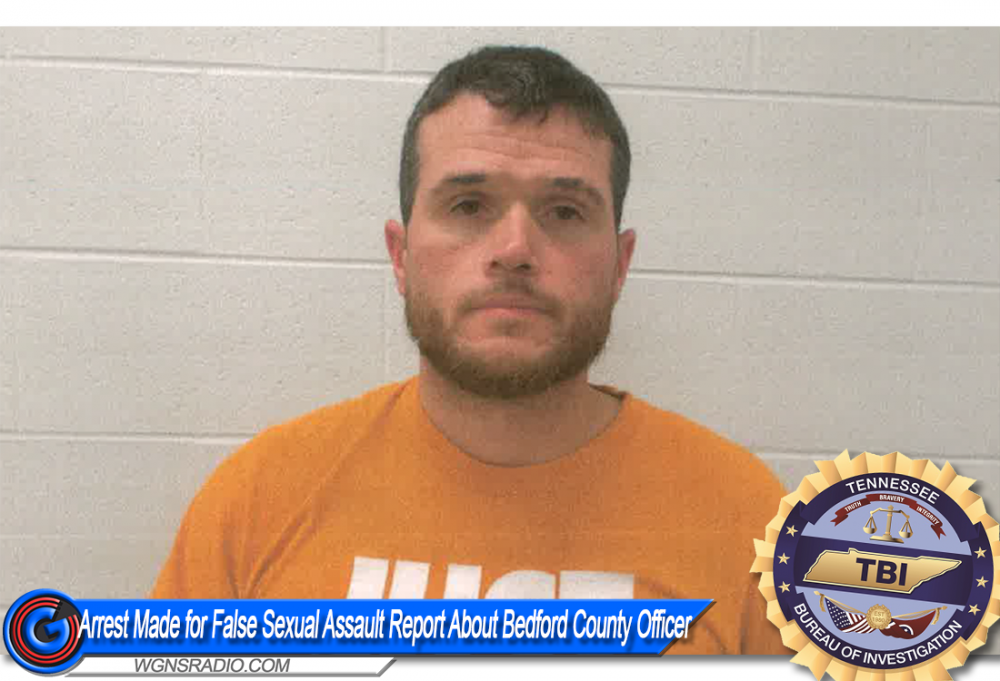 BEDFORD COUNTY – A Cowan, Tennessee man faces charges of filing a false report following an investigation by special agents from the Tennessee Bureau of Investigation.

On September 29th, TBI agents received a request from 17th Judicial District Attorney General Rob Carter in Bedford County to investigate a sexual assault allegation. The allegation in question was reportedly made against a lieutenant at the Bedford County Sheriff’s Office. The report came in the form of a tip that was made to the Tennessee Department of Children’s Services Child Abuse Hotline. During the investigation, agents determined the tip was bogus, that no sexual assault occurred, and identified the man responsible for it as 40-year-old George Rayburn Martin.

Martin has been behind bars in Shelbyville since November 22nd and as of Thursday afternoon (12/08/22), he is still there. The previous charges he was being held under included Stalking, Assault and Harassment. The bond for the 40-year-old suspect totals $100,000.