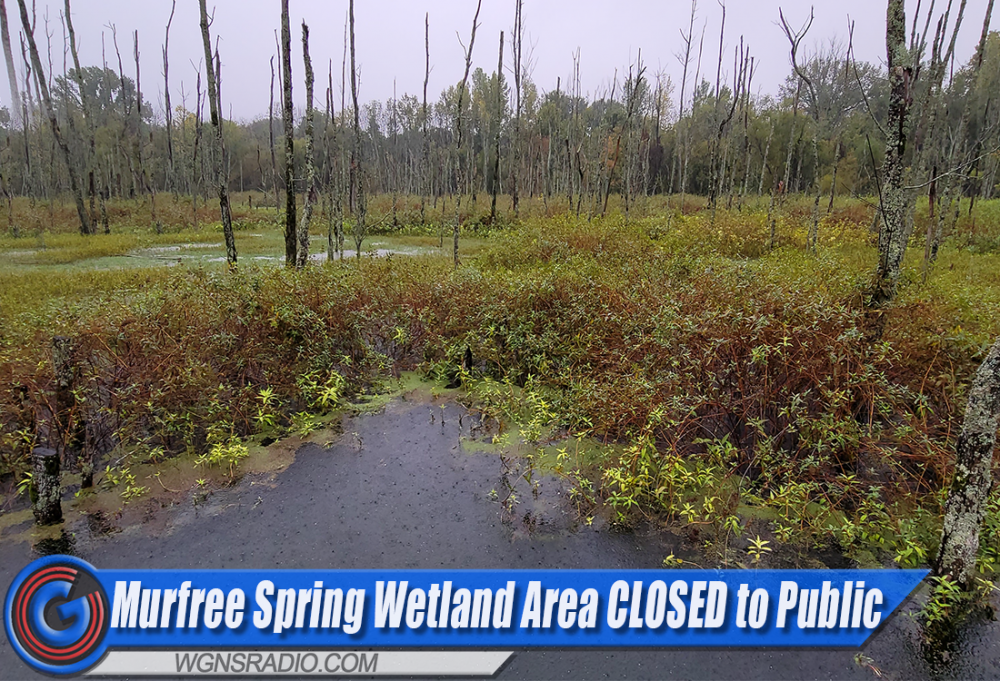 (MURFREESBORO) Safety issues has caused the closing of the boardwalk at Murfree Spring Wetland, according to officials with the City of Murfreesboro Parks & Recreation Department. Engineers will conduct a detailed inspection and analysis to determine the level of repairs needed and the timeframe for closure and repairs.

Murfreesboro Parks and Recreation's Director Nate Williams said, "After a preliminary assessment of the boardwalk, inspectors determined that the boardwalk needs significant work and repairs."

There are evidently serious issues, because city officials say, "If you see someone attempting to use the boardwalk, please contact Murfreesboro Police at 615-893-1311."

The Murfreesboro Police Department Parks Patrol officers will continue patrolling and monitoring the boardwalk for potential violators while repairs are made.

The City has therefore restricted all recreational activity, including exercising, walking dogs and pedestrians on the boardwalk.

Engineers will conduct a detailed inspection and analysis to determine the level of repairs needed and the timeframe for closure and repairs.

The Murfree Spring Wetland boardwalk was built by the U.S. Army Corps of Engineers in 2000. Through a local/federal agreement for improvements to Murfree Spring, the City has partnered with the Corps to make enhancements and improvements.

Murfree Spring Wetlands is a 25-acre City park located at Maney Avenue and Broad Street. With paved walking trails and raised boardwalks winding through the wetlands, it is a favorite park for nature photographers and birdwatchers.

Almost 80 years ago, WGNS built its 328-foot tall tower near where the boardwalk now curves through the wetlands. Back then the area was a part of a cattle farm, and after the radio tower was completed, cattle continued to graze there for many years.

For more information on the history of Murfree Spring dating back to 1817, visit https://www.murfreesborotn.gov/187/Murfree-Spring-Wetlands