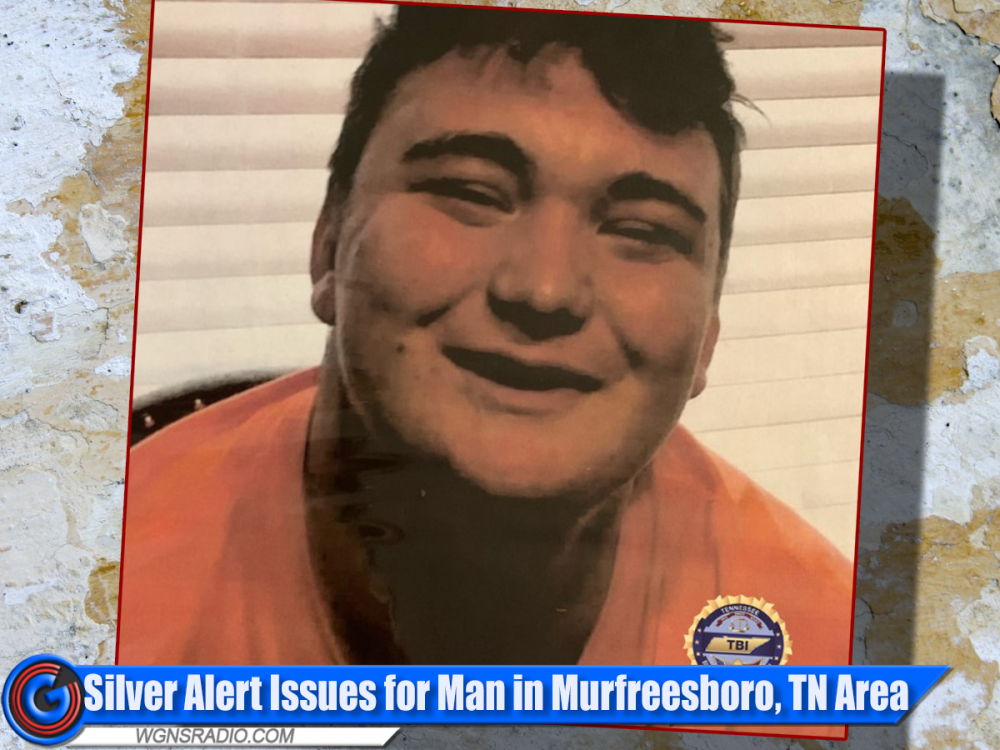 RUTHERFORD COUNTY – The 'Be On the Lookout' (BOLO) for a missing 21-year-old man in the Murfreesboro area has been canceled. Teyton Guthrie has been safely located, according to Murfreesboro Police. Guthrie was located after a tip from a citizen was given to authorities. Guthrie, who was part of a Silver Alert, was found at the Burger King on Middle Tennessee Blvd. in Murfreesboro at 4:06 p.m. on Monday (07/18/22), 6-days after he went missing.

Originally, the TBI reported the young man had a medical condition that may have impaired his ability to return safely without assistance, which is one of the reasons for the Silver Alert being issued.

Again, he has since been located.

Other WGNS NEWS Headlines:
1.) Another Human Trafficking Operation Ends with Arrests in Tennessee
2.) Drive-by Shooting Remains Under Investigation in Murfreesboro
3.) Total of 16-Fatal Accidents in Rutherford Co. and 664 across the state between Jan. 1 and July 18th
4.) Debit Fraud Case Under Investigation – Alleged Fraudulent Spending in Smyrna and Nashville
5.) Rutherford Co. Schools to do Salary Study – Fastest Growing School System in Tenn.
6.) Rent Scams in Murfreesboro and Rutherford County – Renter Beware