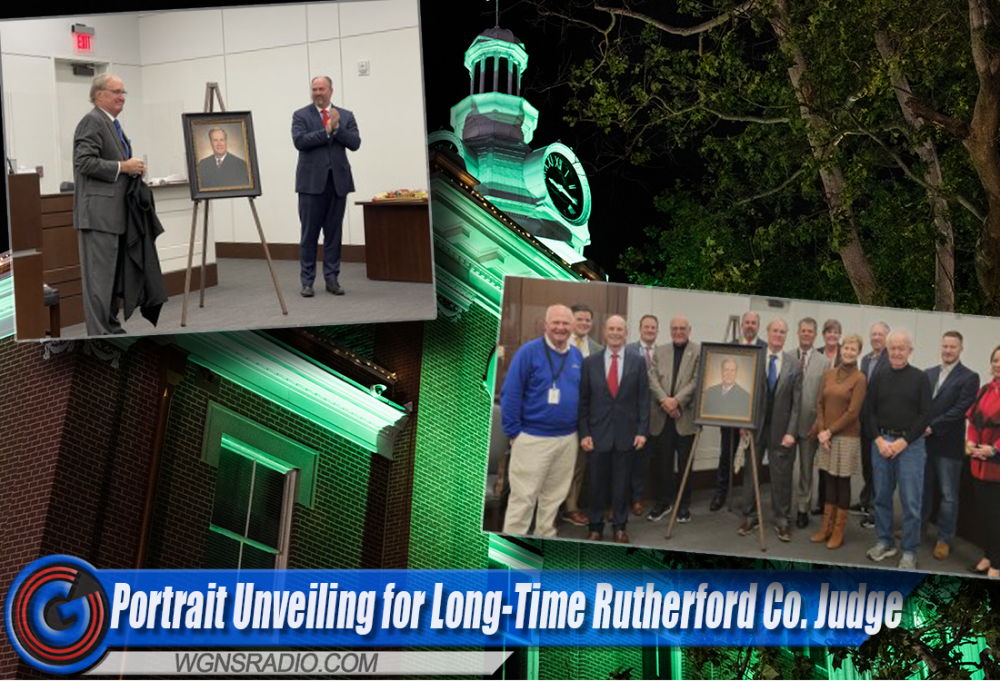 As a child, Lougry said becoming a judge was far from his thought process… The idea of being a cowboy subsided with age as he worked to graduate from law school. After graduating, Loughry said he simply wanted a job. However, positive role models led him down the right path…In 1990, David Loughry became Judge Loughry, thanks to the role models that helped to shape his future.

As the years passed, Loughry grew to be even more thankful for those who steered him in the right direction… Loughry served as Judge for 24-years and retired in 2014. This past Tuesday, friends and colleagues attended a special ceremony to show their gratitude and respect for the longtime Judge.

Judge Ben Bennett, who presided over the event, thanked Judge Loughry for his service to the county, while Attorney Steve Waldron shared personal stories from their college years. Attorney Ben Parsley recalled Judge Loughry giving him the opportunity to serve as his court officer many years ago. He credits that role with helping to launch his successful legal career.

Judge Loughry’s portrait will hang in the courtroom for Division II of the Rutherford County General Sessions Court.

Source(s): Judge Loughry was recently an on-air guest on the WGNS Roundtable, with host J. Paul Newman who retired as an assistant District Attorney for Rutherford County. On Thursday, an article released by the Tennessee Administrative Office of the Courts further highlighted Judge Loughry’s career.